We are proud of the fun and thrills our owners have racing a horse in the "Te Akau tangerine" - we're always available to answer any questions of our prospective owners, simply get in touch by clicking here.

Te Akau Stud comprises 4000 acres, of which 1000 acres is specifically fenced for horses.

For 40 years Te Akau principal David Ellis CNZM has been uncompromising in his nurturing of the land to produce pasture second to none. Large paddocks allow all horses to run freely and develop naturally in a magnificent environment.

The property is fully utilised for breaking, pre-training, training and spelling horses, alongside its successful sheep and cattle operation.

The stud is complimented by its racing stables in Matamata, New Zealand, and Kranji Racecourse in Singapore. Te Akau Singapore trainer Mark Walker won five premierships in New Zealand, breaking both prize money and winning tally records with $3.7 million earned in a season and 108 victories, before re-locating to establish and oversee Te Akau’s stable in Singapore.

In 2019, Walker claimed his third Champion Trainer title in Singapore, after winning in 2015 and 2017 (and establishing a new Singapore record of 87 wins).

Te Akau New Zealand trainer Jamie Richards won his first Trainers’ Premiership in his first season at Te Akau in 2016, in partnership with Stephen Autridge. As sole Te Akau trainer, he was runner up in 2019 with 98 wins. In 2020 Jamie Richards won the Trainers’ Premiership on every count by a huge margin despite COVID interrupting racing in New Zealand. He was No.1 for wins, Group/Listed wins (including 11 Group 1’s) and prizemoney. He was the sole finalist for the 2019/20 Champion Trainer award – which he has now won twice in just four years.

Located in Matamata, Waikato, on the North Island of New Zealand, the Matamata training centre is based at the Matamata Racecourse and offers first-class facilities for approximately 700 horses to train. Te Akau Racing has a 12-acre post and railed property near the racecourse and three barns on the course (four in total), providing boxes for upwards of 100 horses.

First class communication with owners is the cornerstone of business for Te Akau Racing and a constant flow of emails containing written, photo, and video reports, along with a Youtube channel, ensures up to date information through every step of a horse’s career.

A highly experienced team, many with international credentials, from stable-hands and track riders to vets, farriers and trainers, provide the best possible care and attention for every horse. Not only are horses nurtured and turned out in immaculate condition but diligent preparation goes into setting horses for specific targets. Te Akau Racing lives for winning races for our owners and brin ging out the very best in every individual horse. Te Akau owners enjoy the thrill and pleasure of racing with a professional and vibrant team.

We take great pride in turning our horses out in immaculate condition for the races and in setting them for specific targets.

We take great pride in turning horses out in
immaculate condition for the races and in
setting them for specific targets. 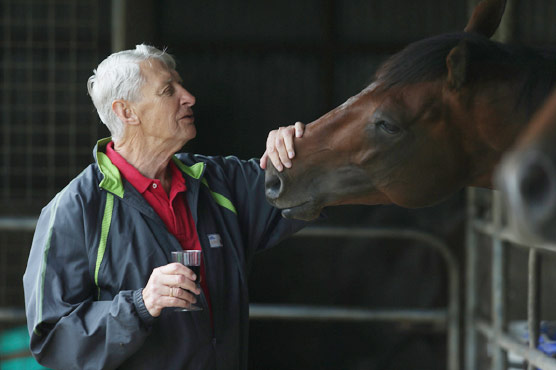 In 2010, David Ellis CNZM and Mark Walker established Te Akau Racing in Singapore. Their goal was to provide owners with an opportunity to race horses outside of Australasia, in one of the best racing jurisdictions in the world.

Having already established himself as a world-class trainer (New Zealand Champion Trainer 2004, 2005, 2007, 2008 and 2009), Mark Walker was eagerly granted a licence by the Singapore Turf Club and won his first Trainers’ Premiership title there in 2015. His training prowess has been underlined in a truly international environment which paved the way to a Trainers’ Premiership record (87 wins) in 2017 and a third title in 2019. He has also been named Champion Trainer of Singapore in each of those three seasons.