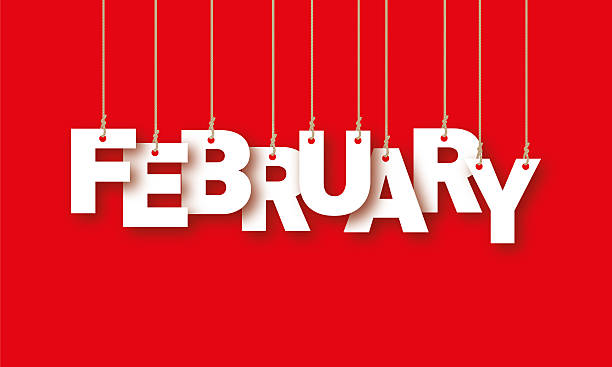 It’s been an amazing season for Te Akau in New Zealand – with Jamie Richards and the team leading the way – in coming weeks, join us on our reflection of every remarkable month …. and what a ripper February was, with Group 1 races in Australia and New Zealand ….

The rightful favourite following a comprehensive two-length victory in the Rich Hill Mile (Gr. 2, 1600m) on 1 January at Ellerslie, Prise De Fer climbed in weight from 53kgs to carry 57kgs but it mattered little.

Prise De Fer was purchased by David Ellis for $100,000, from the draft of Trelawney Stud, at the 2017 New Zealand Bloodstock Premier Yearling Sale, and took his tally to six wins and placed three times from 12 starts for owners in the Te Akau En Guarde Syndicate (Mgr: Karyn Fenton-Ellis MNZM).

2 February – A debut winner in January at Matamata, Phantom Witness (3 g Star Witness – Fandom, by Rock of Gibraltar) made it back-to-back wins on the course with another strong performance in the Rating 65 1200 metres.

Owned by the Te Akau Phantom Witness Syndicate (Mgr: Karyn Fenton-Ellis MNZM), he was purchased by David Ellis for $60,000 at the 2018 New Zealand Bloodstock Ready to Run Sale, from the draft of Lyndhurst Farm.

“We’re newbies to the racing game but we had a hell of a lot of fun coming down here,” said owner John Porteous. “We stayed overnight in Hamilton, woke up with the anticipation of what might happen today and what a magnificent result. I love the way Te Akau does their stuff.”

Phantom Witness provided the first of four wins on the day for trainer Jamie Richards.

2 February – Strong young galloper Need I Say More (2 g No Nay Never – Bo Bardi, by Fastnet Rock) cut a pretty pictured over the concluding stages of his debut victory in the Maiden 2YO Maiden 1100 at Matamata.

Chasing home Need I Say More, stable-mate Cornflower Blue (Savabeel) also raced very well on debut, following a second at the trials, and pair had four lengths to spare over their nearest rival.

Owned by the Te Akau Never Say Die Syndicate (Mgr: Karyn Fenton-Ellis), Need I Say More was purchased by David Ellis for $130,000, from the draft of Kilgravin Lodge, at the 2019 Karaka Book 1 Sale.

2 February – What a difference a nose makes. It is the narrowest margin between winning and defeat in horse racing and it went the way of Combat Queen (3 f Pierro – Missy Cummings, by Magnus) in the Rating 65 Comag Rating 65 1600 metres at Matamata.

A dominant Maiden winner in December at Hastings, Combat Queen was ridden by Michael McNab.

2 February – Wrapping up four for the day, Fabulous Flight (5 g I Am Invincible – Court Flying, by Flying Spur) registered his fourth win in the Rating 72 1400 metres.

“He’s not a bad horse, but I’d made a few mistakes when trying to get him to stay over longer distances in the spring and also he got a bit crook,” said trainer Jamie Richards. “We gave him a bit of a break and he’s really bounced back to form. 1400m and a mile, let’s hope he can get through the grades a bit further.”

Owned by the Te Akau Fabulous Flight Syndicate (Mgr: Karyn Fenton-Ellis MNZM), after being purchased by David Ellis for $205,000 from the draft of Lyndhurst Farm at the 2016 New Zealand Bloodstock Ready to Run Sale, Fabulous Flight is a lovely type of horse with excellent depth in his pedigree.

7 February – First equal was the upshot for Te Akau Caliburn (5 h Camelot – Enchanted Evening, by High Chaparral) in the Rating 82 1550 metres at Awapuni, after the Judge was unable to separate he and race favourite Lady Rudolph (Rip Van Winkle).

Owned by the Te Akau 2019 European Breeding Syndicate (Mgr: Karyn Fenton-Ellis MNZM), Caliburn (who gained the prefix after being purchased) was bought as a lightly raced staying prospect in the middle of last year. The winner of two races, most recently over 2400 metres in June at Pontefract, West Yorkshire, England, he also registered a second and two thirds from nine starts.

A year after Te Akau won the race with reigning Horse of the Year Melody Belle (Commands), providing trainer Jamie Richards with his 50th stakes winner, and previously with stallions Xtravagant (Pentire) and Darci Brahma (Danehill), Te Akau Shark made the $1.40 win price look lucrative as he swamped his rivals under Opie Bosson.

Somewhat unlucky not to win during her first campaign, when registering two seconds, two thirds, and three fourths, the beautifully bred mare had continued solid form and broke through for the Te Akau Queen of Camelot Syndicate (Mgr: Karyn Fenton-Ellis) after placing in six of nine starts at the distance.

20 February – Bred and owned by Paul Ryan, Vicenza (3 f Sacred Falls – Tonic, Blues Traveller), a filly that had trialled well, notched victory at her fourth start in the Maiden 1400 metres at Wairoa.

From the first crop of quadruple Group One winner Sacred Falls (O’Reilly), out of triple stakes winning mare Tonic (Blues Traveller), Vicenza tracked a competitive pace three back on the inner and rounded off with plenty of authority under Ryan Elliot.

A strong young galloper that impressed in his debut victory on the course earlier in February, Need I Say More started second favourite behind stable-mate and recent Karaka Million 2YO (Restricted Listed, 1200m) winner Cool Aza Beel (Savabeel), who finished second, and relished the downgraded footing (Slow7) to win by two and a half lengths.

Owned by the Te Akau Never Say Die Syndicate (Mgr: Karyn Fenton-Ellis), Need I Say More was purchased by David Ellis for $130,000, from the draft of Kilgravin Lodge, at the 2019 Karaka Book 1 Sale.

“He was passed in at the sales, but I really loved the horse and came home and couldn’t sleep knowing I didn’t have him,” Ellis said. “I rang the vendor, Eion Kemp, who stayed in for a share because he loved him too.”

22 February – After winning the race last year with Horse of the Year Melody Belle (Commands), Avantage (4 m Fastnet Rock – Asavant, by Zabeel) provided Te Akau with another victory in the $200,000 Haunui Farm WFA Group One Classic (1600m) at Otaki.

Vying for favouritism with stable-mate Prise De Fer (Savabeel), finishing second when gunning for six on end, Avantage was jogging after tracking a genuine pace for rider Danielle Johnson and powered up for a strong victory.

Commentator Tony Lee said: “That’s nine from sixteen and $1.3 million. She was outstanding in the Telegraph and she’s been outstanding here today. Her stable-mate tried really hard but could not draw her in. And Danielle Johnson loved it too.”

David Ellis purchased Avantage as  yearling for $210,000 at the 2017 New Zealand Bloodstock Premier Sale, and the flying filly is owned by the Te Akau Avantage Syndicate (Mgr: Karyn Fenton-Ellis MNZM).

26 February – One of the most valuable fillies in New Zealand, and a gorgeous one at that, Exaltation (3 f Not A Single Doubt – Meleka Belle, by Iffraaj) produced an unbelievable performance to win the Rating 65 1200 metres at Hastings.

Impressive winning on debut in the spring at Riccarton, the half-sister to stable-mate and Horse of the Year Melody Belle (Commands), winner of 10 Group Ones, Exaltation was last at the 600m, buffeted when rider Opie Bosson searched for room at the 300m, stood the leader five lengths a furlong out, yet proved devastating over the final stages to get up on the line.

David Ellis had the distinction of buying Melody Belle as a yearling at Karaka, and following inspections was keen to purchase her half-sister, from the draft of Haunui Farm, at the 2018 New Zealand Bloodstock Book 1 Sale. By top-class Arrowfield Stud stallion Not A Single Doubt, a son of the undisputed king of Australian sires Redoute’s Choice (Danehill), and a sire that continues to get better with age.

29 February – What an outstanding day for the stable with Star of Bombay winning on Derby Day at Ellerslie, and Probabeel and Te Akau Shark winning Group One races at Royal Randwick, Sydney.

Stakes placed at her fourth start, Star Of Bombay (3 f Atlante – Astardia, by Starcraft) went one better after being given a great ride by Ryan Elliot in the $60,000 Mufhasa Fasttrack Stakes (Listed, 1300m) at Ellerslie.

Following consecutive impressive wins with third in the Auckland Guineas (Gr. 2, 1600m) on 1 January at Ellerslie, trainer Jamie Richards elected to back off the classy filly with the Mufhasa Stakes in mind and in panned out perfectly.

Owned by the Te Akau Bombay Star Syndicate (Mgr: Karyn Fenton-Ellis MNZM), Star Of Bombay was bought by David Ellis for $50,000 at the 2018 New Zealand Bloodstock Ready to Run Sale.

Probabeel had joined stable-mate and reigning Horse of the Year Melody Belle (Commands), who became the first winner of the Hawkes Bay Triple Crown earlier in the season, when making history in January at Ellerslie, as the first to win both the $1m Karaka Million 3YO Classic (Restricted Listed, 1600m) and the $1m Karaka Million 2YO (Restricted Listed, 1200m).

Purchased by Te Akau principal David Ellis for $380,000, from the draft of Waikato Stud, at the 2018 Karaka Book 1 Sale, owned by Brendan Lindsay MNZM & Jo Lindsay (Cambridge Stud), Probabeel has won six from 15 and $1.7m in prize money.

Hot on the heels of stable-mate Probabeel (Savabeel) winning the $500,000 Surround Stakes (Gr. 1, 1400m), Te Akau Shark provided trainer Jamie Richards with a Group One double on the biggest stage in Australasia.

David Ellis purchased Te Akau Shark for $230,000 at the New Zealand Bloodstock 2016 Ready to Run Sale, from the draft of Lyndhurst Farm, for his owners, many of whom reside in Sydney, and now the winner of seven from 12 he has banked $1.3 million.

Both Probabeel and Te Akau Shark were ridden by Opie Bosson, who registered his 69th Group One win aboard Avantage in January at Trentham, and just 12 weeks later has increased his Group One tally to 76.

“It’s hard to describe what this day means to Te Akau, all our owners, and the whole New Zealand racing industry,” said Ellis, from the course at Ellerslie. “Both of these horses went so close to winning Group One races during the spring in Australia, and their unbeaten lead-up form before heading back over was quite unbelievable.

“Our (New Zealand) horses punch well above their weight. We have a foal crop under 3,500 while the Australian foal crop is five times that amount. New Zealand is a great country to rear horses. It’s an agricultural country. We’re lucky that we have 50 inches of rain spread of over nine or 10 months of the year.”