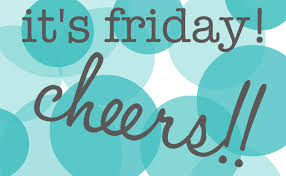 It is always exciting in the Spring when we have the jump outs for the babies.  We had 17 two year olds having a jump out yesterday morning.

Matt Cameron, Te Akau’s stable rider and last season’s Champion Jockey, thought his best colt at the jump outs was Unsurpassed, an Exceed & Excel colt that I bought in Sydney. He thought that his best filly was our Encosta de Lago filly out of Love Diamonds who I purchased at the Karaka Sale for $400,000 from the draft of Cambridge Stud – she is raced by Coolmore Stud.

Another filly in the stable who is starting to get me excited is the Sir Peter Vela bred and owned half sister to Darci Brahma and Burgundy.  This Encosta de Lago filly has grown into a beautiful filly and is impressing our best track riders.  What a family this filly harks from and what would she be worth if she won a Group race?

It is just such an honour to be given fillies of this calibre to train.

A lot of the horses that had a jump out this morning will proceed to the Cambridge trials next week and Karyn and I will be there to watch them.

Yesterday at the farm Jamie Richards and I took the cover off every horse spelling and inspected them.  It is a great time of the year to be spelling horses, they thrive on the lush Spring grass.  On Tuesday it was 20 degrees and on Wednesday it was 18.  The grass is certainly growing and it would need to be, as today we have over 2000 cattle to feed and over 5000 sheep.

We are now in the concluding stages of breaking in the last of the horses.  Next Wednesday we will send three further horses into the stable which will then leave only two more young horses to head in the following week.

In all, we have broken in 70 young horses – an unbelievably great effort by James Jackson who is one of the finest horsemen I have ever seen.  He has done a truly magnificent job of breaking in the youngsters assisted by his team, including Amalie and Sophie.

I have no doubt that this is the best group of horses that we have ever broken in.  We are not in a hurry with them and we will let each horse tell us when it is ready to go to the races – until then, it is just education and more education.

This week we had a further race meeting cancelled in the North – the reason which I do find staggering was too much surface water.  Isn’t it ridiculous that we don’t have an all-weather track that we could switch to?  I have said many times now that when you live in the Auckland/Waikato region and have 60 inches of rainfall a year then you need an all-weather track!  End of story!

If I was Glenda Hughes, Chairman of the New Zealand Racing Board, I would approach the Government for funding.  Why should governments take, take, take from racing and give nothing back?

Just read the ANZ Bloodstock News – practically every week you read about a different Australian state government investing in the racing industry.

This weekend Karyn and I are meeting in Auckland after she finishes the First Call.  I will be going to Ellerslie to see the Great Northern Steeples and Hurdles and then we are taking three very special friends out for dinner.

Our guests are George and Diane Brown and Sam Boyd – George has been my builder and handyman since 1980 and Diane was my first secretary.  It is George’s 75th birthday and he is still going really strong. He still works a 40 hour week and is in great shape.  Of course Sam Boyd has worked for me for 30 years and he has his 67th birthday the next day, Fathers’ Day.  Also joining us are great friends Miles and Mary Murphy, formerly of Te Akau, who now live in Auckland.

Then on Sunday Karyn and I are taking four of our five children (sorry Lydia you are still in London) and their partners out for a nice lunch to celebrate Fathers’ Day (hmmm kids – is it your shout??!! – Ed).

We have our wonderful staff on hand to look after everything and stay in the house to tend the dogs!

It will be the end of a fabulous week – the most exciting part of which was Jason receiving the Trainer of the Year award at the Matamata Awards’ evening on Monday night. What a thrill it was to see Jason receive this award.  As we send our horses to two stables in two different countries we’re not quite as strong in New Zealand as we once were.  So it was a great achievement.

With two stables however there is a huge upside.  If you add the stake money of both stables together for their respective past season, Te Akau has won over $5 million in prizemoney for our owners.

How many stables in Australasia earn that much?  In fact you could count them on one hand.

Easily the best decision we have ever made was to establish a stable in Singapore and there will be more and more information from Singapore coming your way on our website so that you can follow all of the stable horses.

A maiden race in Singapore is now worth $75,000 – can you believe that?  and if your horse doesn’t win or run last, you receive a starters’ incentive of $900.  It is little wonder that our owners get so excited when I mention that Mark is able to make a box available for their horse.

The other award that was won on Monday night was by Te Akau apprentice Daniel Miller.  Dan is a credit to his family and is one of the best track riders to have ever worked for us and I am very proud of his achievements.